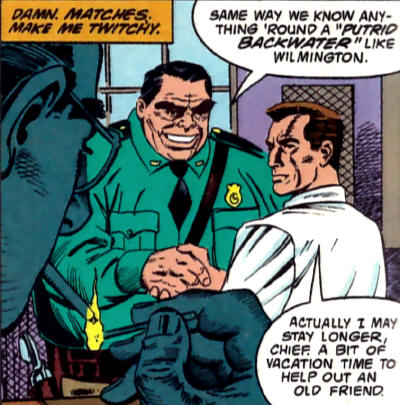 Police chief who collaborated with government agents in the cover-up of arson at the First Baptist Church, a political entity for the local African-American community. Enjoyed smoking cigars and oppressing minorities.

Quote: "Hell, that ol' church was jus' a tinderbox... Maybe it got a mite too heated up in this unseasonable weather." 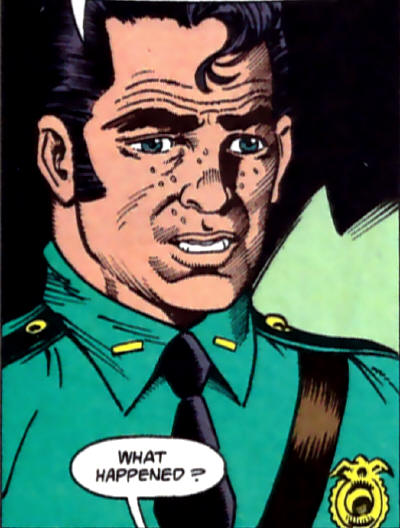 A seemingly mild-mannered policeman and childhood friend of Spencer Lee. Despite outward shows of sympathy over the immolation and eventual death of a child in the fire, Turner turned out to be one of three assailants who started it, and even battered the child with a gas can. Turner also took part in the brutal police crackdown on a peaceful demonstration that followed. Turner was last seen returning home to kiss his wife and watch his son play ball with a dog. 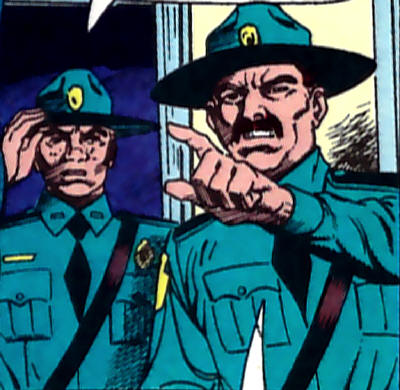 Partner of Ofc. Turner who, while informing the parents of Mary Lou Wilson of her death, also tried to harass and intimidate them should they attempt to shed any light on the matter.

Sadly, there are some human beings who are truly vile. This story also has some people whose real world parallels make me that they existed only in the past or in fiction.