The Vile Menagerie: THE VULTURE “MONSTERS” 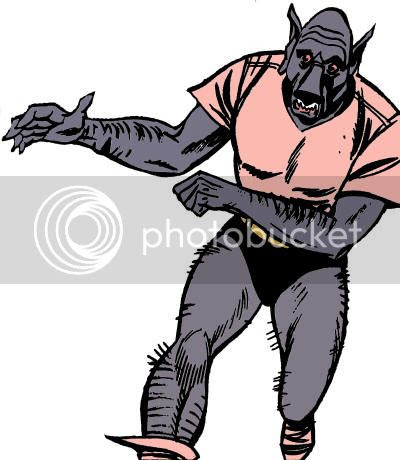 History:
The crime organization Vulture once created a "transfer-ray" that could turn their human goons into powerful creatures with canine features. These "monsters" were driven by automobiles to sites where they were employed in major thefts, then driven back to a Grecian Vulture base, where their humanity was restored. Although Vulture rotated out sets of agents for each job, it seemed that multiple transformations on a single subject were a possibility. However, the ray was soon destroyed by the Martian Manhunter. 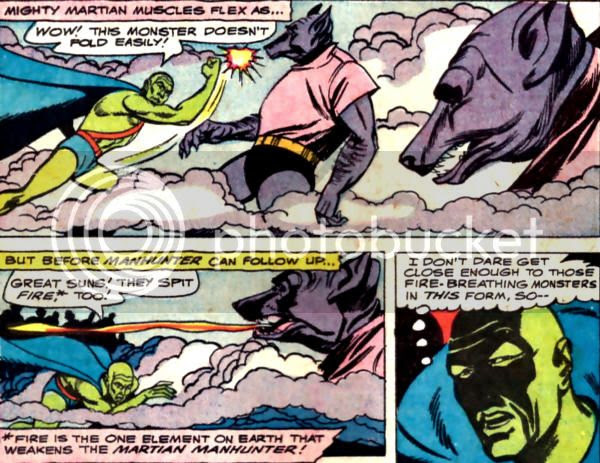 Powers & Weapons:
The "monsters" were tall, strong enough to smash through well fortified walls, and were resistant to injury from superhuman blows, though they could seemingly be killed by conventional weapons. They could "spit" streams of fire from their mouths, as well as expelling "smokescreens" to obscure their immediate area. The "complexity" of the ray's transformation once locked the Manhunter in monster form when he tried to duplicate the Vulture operatives, requiring exposure to the transfer-ray to be restored to Martian form. Despite their mass and stature, the "monsters" appeared to be quite swift and exhibited human-level agility. The transformed could think and speak with relative normality while in monster-form.