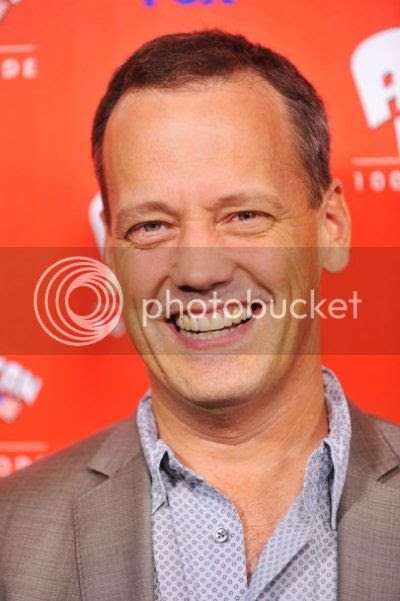 I could have tried to score another part for a little person as a naked Chinaman toddler caricature Teletubby, but I don't think they need that kind of help, and Zook isn't built for live action anyway. He's more of a Roger Rabbit cel animation superimposition, or at least a rubbery CGI construct. That translates into needing a voice actor that can take Zook's problematic speech patterns and otherdimensionalness to a place that they could be embraced by an audience.

I'm not a connoisseur of animation, so that meant research. The first fellow who seemed like he might work was Steve Blum, who played a Digimon character that broadly fit Zook, but he seemed to specialize in tougher sounding characters. Frank Welker was obviously an option, as he's done thousands of cartoon characters across decades of animation, and his reels were full of Zook-appropriate performances. However, even I've heard of this guy, so Zook would just be another forgettable gig to him. I briefly thought of John Byner, who I loved as Gurgi in The Black Cauldron, but that would just be stealing. Also, Welker is 67 and Byner is 75, so we're really pushing the boundaries of retirement/death at this point.

Ultimately, with a nudge from Count Drunkula, I settled on Dee Bradley Baker, a comparatively young 51 and the go-to guy for sounds that cannot be easily obtained. Horses neighing, monkeys howling, critters chirping; that sort of thing. He's had notable dialogue roles on popular shows, but I wouldn't say he's had the role in that department that Zook's unique orientation could provide. Further, Baker could voice the various monsters unleashed by the Diabolu Idol-Head, so he just keeps winning. For more, listen here.

Posted by Diabolu Frank at 4:54 AM

This was a really cool post...! I wasn't expecting Zook to show up in a fancast post, but I'm glad you did this. I could see this guy doing anything, Zook included, after watching that video.

Watching voice actors act never ceases to amaze me. It's a pretty interesting process. Which is why it bugs me when animation producers feel the need to bring in big time celebrities to do voice acting, when there are dozens of talented voice actors already doing great things and now out of a job. (i.e. Disney movies of the 90's were all voiced by unknown voices actors--never would happen today.)

Yeah, Andrea Romano has gone off the rails in recent years with the stunt casting, which has kicked me right out of most of the DC DTV movies.