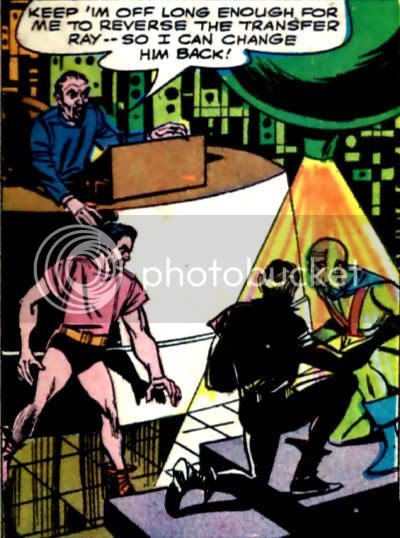 After a decade of development, top scientists from the international criminal organization Vulture completed the "transfer-ray," which could transform agents into large, vaguely canine anthropomorphic "monsters." For reasons unrevealed, Vulture would only alter three agents at one time, individually, through one known transfer-ray. Two recorded heists were performed before the Grecian base housing the ray was uncovered by J'onn J'onzz, the Manhunter from Mars, and the known transfer-ray was destroyed. A short time later, Vulture appeared to be dismantled and its once faceless leader Mr. V unmasked, so it is unknown if any additional transfer-rays were ever produced.