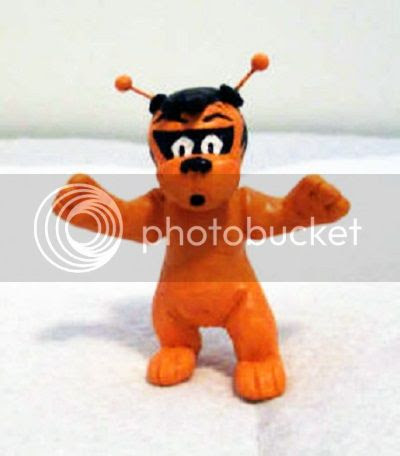 “This year to quell fans' screaming for his blood; DCD chief Georg Brewer has dubbed 2008 to be a year of true diversity; with little to no SuperBat figures. Continuing to unveil new line; Georg quipped that with the next line he will do something he had never done before: "Finish a team." After a short uncomfortable silence from the crowd; Brewer unveiled to stunned fans a line-up of the Justice League of America; with the teams' final three members: honorary member Sargon the Sorcerer, mascot Snapper Carr; and the long-awaited favorite; a silver age Martian Manhunter!! Zook; Martian Manhunter's sidekick in the silver age was said by Brewer to be a pack-in with the Manhunter "as an apology for taking so long." - Thanks Georg. :-)

Click the picture above to see the full set of custom figures sculpted by "Jackknight92" for this assortment!
Posted by Diabolu Frank at 4:05 AM

I checked out Georg's customs, nice.