Back in 2010, I pulled together The Greatest Martian Manhunter (Related) Covers of All Time! It was a tongue in cheek way to point out how few Alien Atlas players had seen one or (usually not many) more covers (and none in the cases of Professor Erdel, Captain Harding, Diabolu/Idol-Head, Monty Moran, and Mr. V.) I had a gag about "The Top 5 4 Zook Covers," which has proven problematic in retrospect, because Zook deserves his own spotlight entry and has actually appeared on six covers. Seems like a good time to amend both... Dishonorable Mention: House of Mystery #146 (October, 1964) 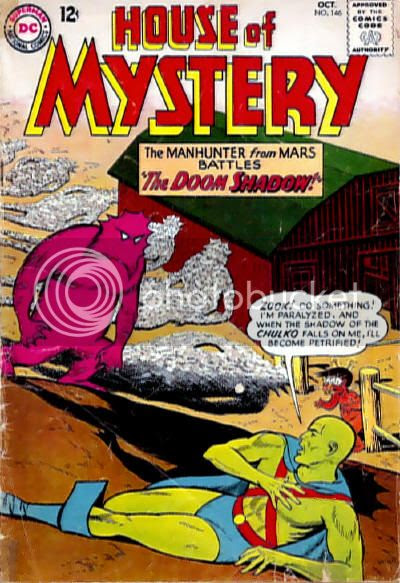 This isn't a great cover for a lot of reasons, but ones specific to Zook include pushing a diminutive figure too far into an obscuring background and making an already problematic pidgin-speaking caricature even more cartoonishly ineffectual with the head shaking. 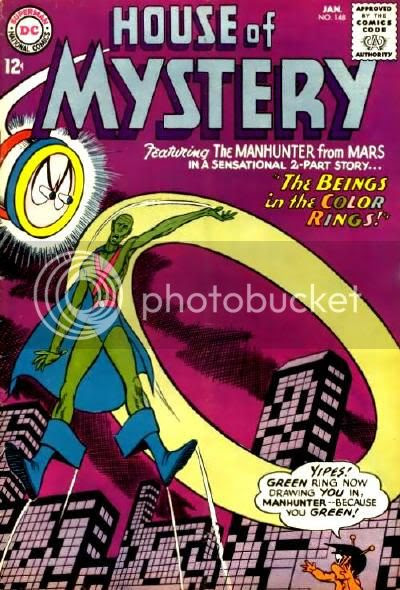 Anyone else hear Micky Rooney in yellowface delivering that dialogue? Still, it's the only cover to offer true Zook-speak, and the balloon helps make you aware that he's there, even if the framing and angle of the image leave a lot to be desired. Zook is arguably as visible as his partner, but is still whining instead of using his own powers to help. Admittedly, Zook always fretted before taking action, but then stepped up, which isn't reflected. 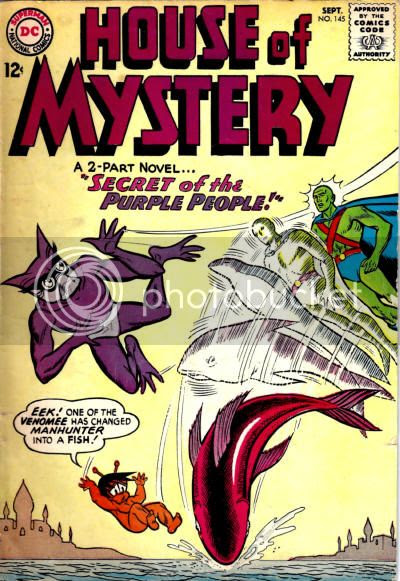 The only Zook cover where he's on model, to scale, and working within his established role (though still needlessly distressed.) 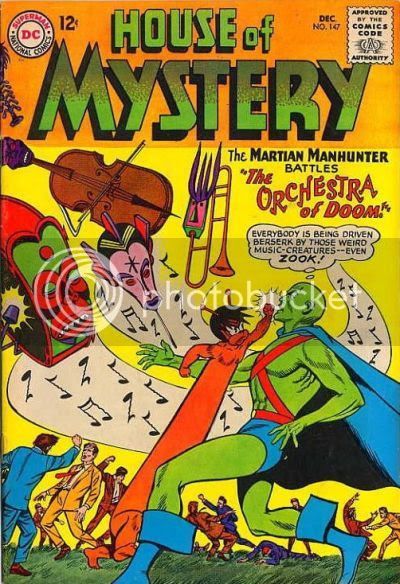 Here, Zook demonstrates one of his signature powers, elasticity, while taking up more cover space and punching his master/mentor/pal in the jaw. Hey, sometimes negative attention is better than none at all. 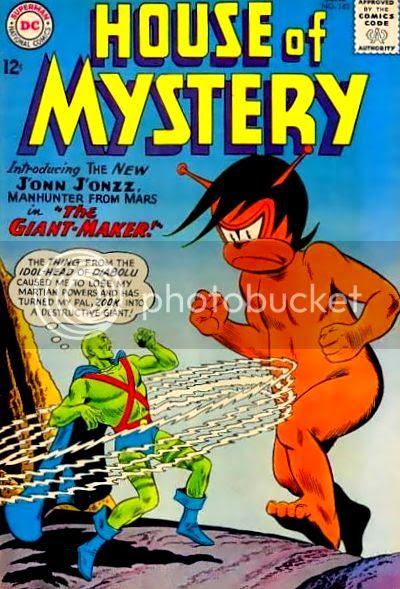 Besides being easily the most prominent Zook frontpiece to date, this was also my #1 Martian Manhunter cover of the 1960s overall. It was the start of the pair's series of strips after moving out of the Detective Comics back-up spot into cover featured star status (for nine non-consecutive issues, anyway.) Even the Idol-Head of Diabolu got a mention!