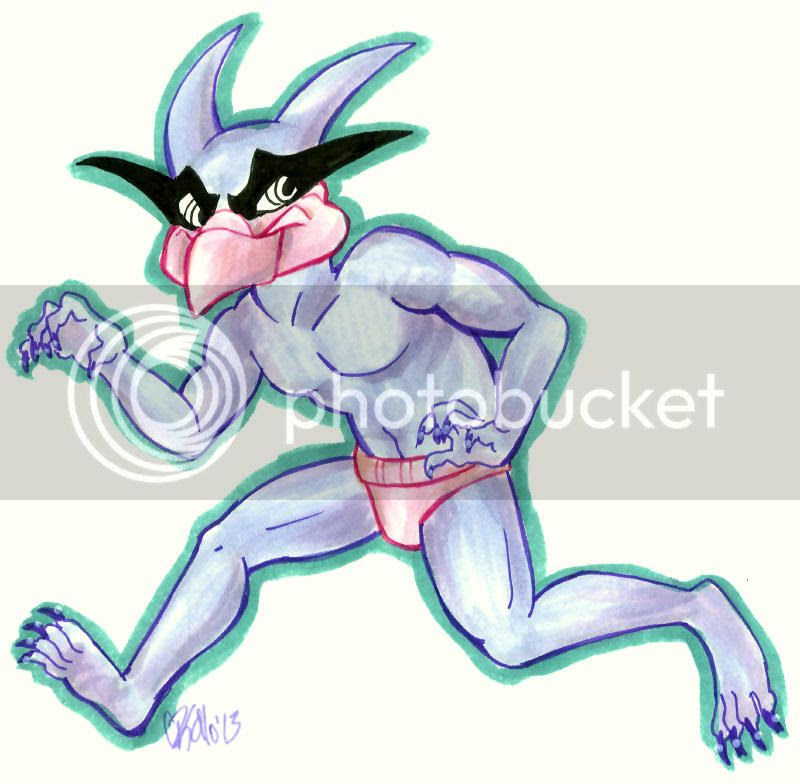 Returning for more Awesomest Alien Atlas Art Anytime commissions from last year, here's a piece by Kaleigh “Kalo” Hvizdos featuring one of the niftiest threats to spring from the Idol-Head of Diabolu. The Venomee where a trio of creeps in search of rare materials in the middle east who did battle with the Sleuth from Outer Space and Zook. They turned up very briefly in my fake 1967 The Superman/Aquaman Hour of Adventure: Manhunter from Mars Segment Intro that some folks amazingly fell for (they're the fleeing silhouettes spied with Martian Vision.) Like an animator, “Kalo” actually did two drawings of the Venomee-- a layout sketch, and then the full colored finished art manually reproduced on tracing paper. I've never had anyone do that on a commission before, and it's neat to have this artifact of the creative process. It's also like getting two pieces in one, though technically I got three, but we'll get to that this weekend. 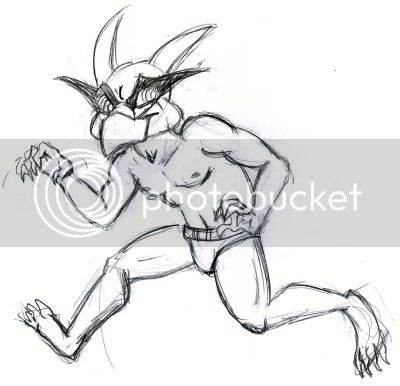 The Venomee were just a bit darker and creepier in the comics, so I like to think if there really were a cartoon, this is how Filmation would have adapted them. Brighter, cleaner, more colorful, and with a stronger sense of being "on model." I especially like the firm beak and the crisp, exaggerated eyelashy-thingamajigs. I'm planning to get some more of these weirdies this year, so I'll hopefully get the chance to ask Kalo for another! For more work from the artist, check out her deviantART gallery!
Posted by Diabolu Frank at 12:00 AM