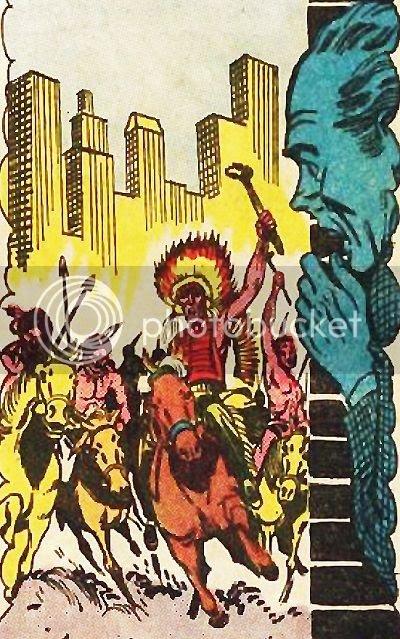 According to The Book of Diabolu Legends, "Beware the Witch Doctor's Tomahawk of evil." It was secretly buried upon the Witch Doctor's death. "Whoever shall unearth it will release his tribal ancestors upon a warpath once more..." While the tomahawk was sought by the creature forms of the idol-head afflicted “Driftwood” Dagan, it has not yet been recovered in a recorded incident. First Appearance: House of Mystery #149 (March, 1965)

Created by Jack Miller & Joe Certa
Posted by Diabolu Frank at 4:37 AM