2005 Despero: Master of the Third Eye VS CCG Card 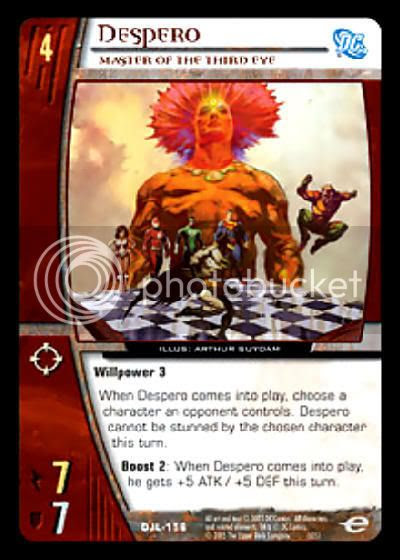 I never played the Upper Deck VS System collectible card games, so no lengthy explanations like I gave for Overpower. Instead, I'll note that the painted art is by Arthur Suydam, who included every JLA founder but Martian Manhunter here. Grr! It was released in November 2005 as part of the Justice League of America expansion.
Posted by Diabolu Frank at 7:00 PM